Africa bets on renewable energy for its electrification 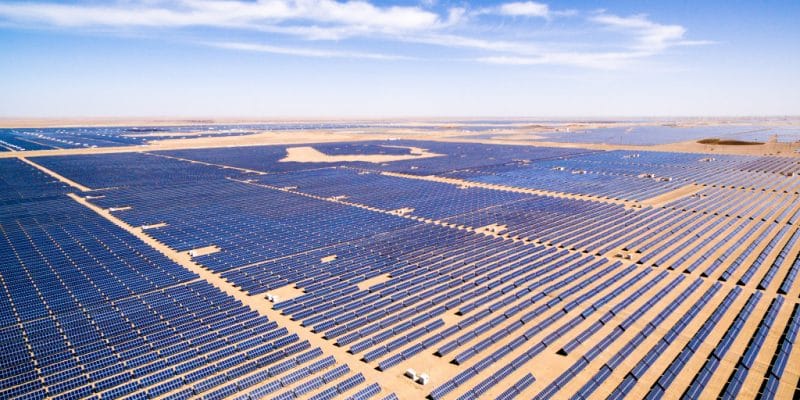 For many observers, Africa has a tremendous opportunity to avoid the deadlock of development based on hydrocarbons and to electrify its territories directly from renewable energy. It is true that the continent, with a population of more than 1.3 billion, has enormous potential for solar, wind, hydroelectric, biomass and biogas energy.

Although the situation is obviously not uniform across the continent, Africa has already begun to exploit its potential, particularly in terms of solar photovoltaic energy. According to the International Renewable Energy Agency (Irena), Africa has a solar energy potential of 10 TW. Currently, two technologies are available to convert the sun’s natural energy into electricity: solar photovoltaic and solar thermodynamic. Some African countries are already stepping up their efforts to take advantage of this abundant natural resource.

Thanks to a single project, namely the Benban solar complex in the Aswan governorate, Egypt has developed 1,650 MWp of solar capacity, for a renewable energy production capacity of more than 6 GW, combining hydro and wind power. But solar’s share of Egypt’s electricity mix is expected to rise further, from its current 14%, thanks to Cairo’s policy to generate 42% of its electricity from renewable primary energy sources by 2035.

At the other end of the continent, in South Africa, the government’s recent energy transition strategy has resulted in the construction of new solar power plants, bringing solar capacity to 2,323 MW, equivalent to the installed power capacity of a country like Ivory Coast (officially 2,200 MW).

Continent-wide, solar plants totaled 4.15 GWp of generating capacity in 2017, with more than half of that in South Africa, according to the International Renewable Energy Agency’s (Irena) 2018 report. Since then, this capacity has largely increased with the commissioning of numerous plants in South Africa, the Benban solar complex in Egypt, the inauguration of the 580 MW Noor Ouarzazate solar complex in Morocco, as well as other large grid-connected solar plants in sub-Saharan Africa.

If solar energy is currently experiencing such a meteoric rise in Africa, it is also thanks to decentralized systems, the off-grids, used for the electrification of rural areas, mining sites or businesses. It is difficult to measure the cumulative generation capacity of these solutions. But according to the 2019 report from the Global Off-Grid Solar Energy Industry Association (Gogla), mini-grids and solar home systems were providing electricity to 100 million people worldwide, many of them in sub-Saharan Africa.

The promise of wind power

Wind power, another major source of renewable energy, was being harnessed in Africa long before the development of solar energy. The continent is abundantly windy, which can be harnessed to generate electricity on a large scale. According to the International Finance Corporation (IFC), a subsidiary of the World Bank, the African continent has a technical wind resource potential of more than 59,000 GW, enough to meet 250 times the continent’s energy demand, estimates the Global Wind Energy Council (Gwec).

In its 2020 report, the institution says that in 2020 about 821 MW of new wind capacity was installed in Africa and the Middle East, bringing the region’s total capacity to over 7 GW. However, this installed capacity represents only 0.01% of the African continent’s wind power potential. For the time being, this energy is mainly produced by onshore wind farms. South Africa, which is now asserting some leadership in the field, has an installed wind capacity of 2,323 MW according to Power Africa, the program supported by the United States Agency for International Development (USAID). For its part, Egypt continues to develop wind projects in the Gulf of Suez thanks to investments by independent power producers (IPP) such as Engie, Siemens Gamesa and Lekela Power.

The latter has equipped Senegal with the very first wind farm in West Africa. The facility, located in the council of Taïba Ndiaye, has a capacity of 158.7 MW. Like Senegal, wind farms are operational in Morocco, Kenya and Namibia. These countries will soon be joined by Ethiopia and Djibouti with their respective wind farms of Assela (100 MW) and Ghoubet (60 MW), currently being built by Siemens Gamesa.

In addition to wind power, hydropower is a major contributor to Africa’s lighting. The largest project underway on the continent is in Ethiopia. This country in the Horn of Africa is building the Grand Ethiopian Renaissance Dam (GERD) on the Nile. The facility, whose second filling was completed in July 2021, will soon have a hydroelectric plant that will feed 6,450 MW into Ethiopia’s national power grid. More than 5,100 km away, in the Democratic Republic of Congo (DRC), the government has been slow to launch the construction phase of the 11,050 MW Inga III hydroelectric megaprojects on the Congo River. In East Africa, the Stiegler’s Gorge hydropower project is progressing and is expected to eventually inject 2,100 MW into Tanzania’s national power grid.

Geothermal energy is one of the renewable energy sources that is still very little exploited in Africa. Producing geothermal energy consists of exploiting the natural heat of the subsoil to produce electricity through steam turbines. Geothermal power plants that are operational or under construction on the continent are concentrated in East Africa, mainly in the Rift Valley. Kenya is by far the largest producer of geothermal energy on the African continent, with an installed electrical capacity of 713 MWe, out of a potential of 7,000 MWe estimated by the AfDB. Nearby Kenya, several East African countries, including Ethiopia, Zambia, Uganda and Tanzania, are also trying to exploit their geothermal potential, with no tangible results for the moment.

As for biomass, electricity is produced by recovering the heat released by the incineration of wood, plants, agricultural waste or organic household waste. According to the agro-industrial group Sifca, biomass is still the main source of energy in sub-Saharan Africa and represents 60% to 80% of energy balances in most countries. This biomass comes from wood used for cooking or heating. For the moment, there are very few biomass power plants that produce electricity on a large scale. But two promising projects are being implemented in Ivory Coast. In the future biomass power plant in Divo, the heat from burning cocoa pods will produce between 60 and 70 MW of electricity. In Ayébo, Électricité de France (EDF) and its partners Meridiam and Sifca will use the same technology for the valorization of oil palm waste in the Biovéa biomass plant.

Biogas is also used from biomass. It is a highly purified gas, resulting from the fermentation of organic matter in the absence of oxygen. This gas can be produced from agricultural and household waste, as well as animal dung. In Africa, biogas easily replaces wood and coal, still widely used for cooking. Although biogas is still not widely produced, there are good examples that give reason for optimism. On the shores of Lake Victoria, bio digesters are helping to eliminate the water hyacinth, an invasive plant that is a real threat to the preservation of the lake’s resources.

In addition to the mega-projects implemented in Egypt with the Benban solar complex or in Morocco with its Noor complex, important local, sub-regional or regional programs and projects are implemented in Africa. The Renewable Energy Independent Power Producer Procurement (REIPPP) is one of the major initiatives that are being implemented locally to accelerate the production of clean energy. The program implemented by the South African government aims to attract IPP investments.

As a result, many renewable energy plants have been built in the rainbow nation through public-private partnerships (PPPs), making the country a model for renewable energy production. Moreover, the 5th phase of REIPPP tenders, whose results are still awaited, registered 102 proposals for a target of 2,600 MW of clean energy.

The contribution of development banks

IPPs are also at the heart of the Scaling Solar program. This IFC initiative aims to encourage private companies to invest in solar energy to supply power to the national grid in the program’s beneficiary countries, and to ensure rapid project implementation through the establishment of public-private partnerships (PPPs). Among the main beneficiary countries of the program is Senegal, which has obtained two solar photovoltaic plants with a total capacity of 60 MWp. Scaling Solar also benefits Ivory Coast, Togo, Niger, Mali, Zambia, Ethiopia and Madagascar.

In addition to the IFC, the AfDB has also launched a program to support large-scale solar photovoltaic power generation. The Desert to Power initiative aims to accelerate the deployment of solar energy in the Sahel, strengthening the transmission grid, deploying off-grid solutions, improving the business climate, and revitalizing national power companies. Through this program, which covers 11 African countries (Burkina Faso, Chad, Ethiopia, Eritrea, Djibouti, Mali, Mauritania, Niger, Nigeria, Senegal and Sudan), the AfDB aims to provide solar energy to 250 million people living in the Sahel. The pan-African development bank thus aims to make the Sahel the largest solar energy production area on the continent, with an installed capacity of 10,000 MWp.

Ethiopia has an abundance of renewable energy resources, particularly hydro, wind, solar, and geothermal energy. The country’s power system, which… 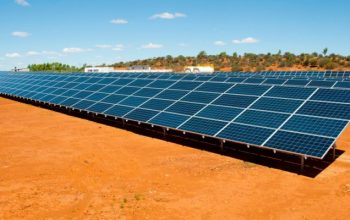 A new financing mechanism for renewable energy is being launched at COP26 in Glasgow, Scotland. The $500 million investment program…