Off-grid solar industry body GOGLA has said West Africa secured more investment than the east of the continent last year for the first time, as companies expanded into new markets. Western Africa secured $142 million of investment in 2020, with the traditional off-grid investor magnet in the east securing $70 million, according to GOGLA’s Investment Database.

In a blog post that presented takeaways from the 2020 figures, Netherlands-based GOGLA–formerly the Global Off-grid Lighting Association–said investment remained steady despite the ravages of Covid-19 but noted rising proportions of debt and grant funding as equity investment fell an “alarming” 46% from 2019.

An inability to perform on-the-ground due diligence before investing in off-grid company stock last year, because of the restrictions caused by the pandemic, was cited by GOGLA, although it noted there were also fewer company acquisitions than seen in 2019 whilst the number of equity investments rose, from 17 to 28.

With the total off-grid investment figure rising slightly, from $312 million in 2019 to $316 million last year, it was left to debt funding and non-repayable grants to pick up the slack. In loan terms–GOGLA’s head of performance and investment, Drew Corbyn, and project manager for investor engagement, Laura Fortes, wrote: “Early-stage companies seem to have a low diversity of funders to choose from and debt shows the highest investment concentration on the top deals compared to the rest of the instruments.” Crowdfunding credit appears to have stabilized at around 10% of debt funding, the blogpost added.

The public sector came to the rescue, in terms of grant funding, with non-repayable investment in health systems amid the Covid crisis a factor, said GOGLA. Grant funding registered an “all-time high” in 2020, with the blogpost warning: “We also see a lack of diversity amongst donors providing grants for seed investment and the demands on donor funding due to the pandemic may mean the environment for this type of capital becomes more challenging in the year ahead.”

Balancing that pessimistic outlook, the GOGLA duo predicted off-grid companies would be likely to benefit from Covid-recovery investment this year, albeit chiefly in the form of being loaded with debt. “Many companies have had to weather the Covid-19 storm without access to such relief funding,” added the note.

And there were positive signs when it came to the diversity of funding sources observed last year. The top 10 deals accounted for 68% of total investment in 2020, down from 90% a year earlier, and the figure for the top three deals also declined, from 56% to 41%. More companies received backing last year too, said GOGLA, with 78 beneficiaries, up from 49 in 2019. And 46 businesses banked support for the first time, up from 20 a year earlier.

The average size of investment declined, from $2.3 million to $1.62 million, which could be either a good or bad sign, given the potentially smaller demands of seed investments. Either way, though, one message was unequivocally clear from the latest set of figures: with the off-grid sector requiring an estimated $11 billion this decade to achieve the UN sustainable development goal of universal energy access, annual support for the sector will have to at least double. 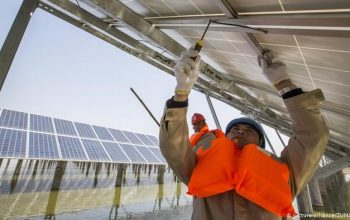 Millions of workers stand to benefit from new jobs in the solar industry. But experts still see challenges that could… 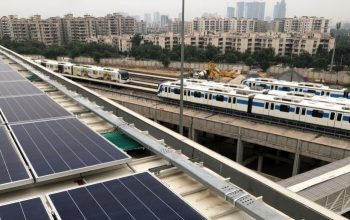 The COVID-19 pandemic has hit all countries hard. In countries like India, it also exposed the need for reliable health…