The solar fridge helping African entrepreneurs living off the grid 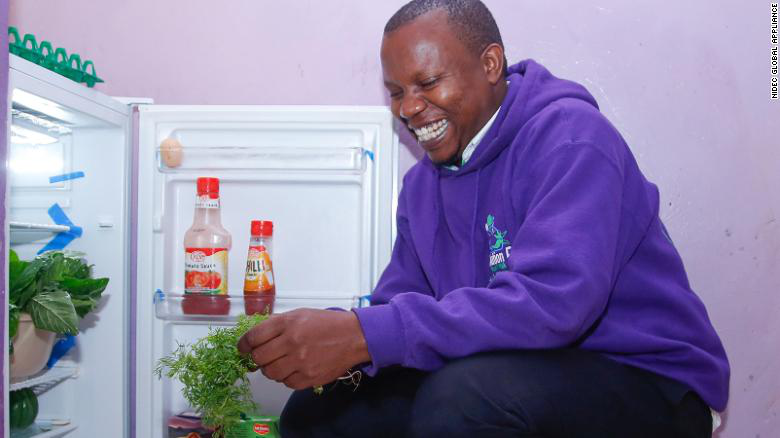 Keeping food fresh without refrigeration is near impossible in the scorching climate of sub-Saharan Africa. But it’s hard to power fridges in a region where almost 600 million people live off the grid. That’s where Brazil’s Youmma comes in. The company has developed a pay-as-you-go solar-powered fridge that is being snapped up by small business owners. The fridges help to reduce food waste, store medication safely, and allow shops to keep products fresh for longer, says André Morriesen, research and development manager at Nidec Global Appliance, which owns Youmma. Of about 2,000 fridges sold since Youmma launched it in 2019, around 80% were to small businesses, he adds.

The cooling system of the small 100-liter fridge has been designed for off-grid use, and it consumes a quarter of the energy of a regular fridge, according to Nidec. That means it can be powered by a smaller solar panel and a smaller battery, reducing costs. The battery can keep the fridge running for a day and a half without sunlight.

Customers pay for the fridge in daily installments via cell phones, through M-Kopa, a Kenyan solar energy company. New M-Kopa customers pay a $100 deposit. Daily payments range from $1 to $1.50 for a package that includes solar lighting and covers the installation of a rooftop solar panel. If a user doesn’t pay, the fridge stops working until they do.

Once it has been paid off — which usually takes around two years — the customer owns the fridge and the solar power system outright. M-Kopa says it costs more than a conventional fridge, but the package includes lighting as well as continued access to free off-the-grid energy. Pay-as-you-go “is useful for [rural] households or businesses with uneven cash flow, such as income-based on harvesting seasons,” says Teresa Le, a climate change and energy specialist for the UN Development Program.

However, even when paired with pay-as-you-go systems like M-Kopa’s, solar fridges are still costly for the average person and that’s why they mostly appeal to small businesses, says Le. Kioko Mwange runs a small shop in the village of Kithungo, eastern Kenya. Since signing up for the Youmma fridge he has increased his sales, which is offsetting the daily payments.

“It helps me preserve milk for up to 10 days,” says Mwange. “I have seen an increase in customers, and they are now confident about the quality of the milk I sell them.” Although other affordable options for solar-powered cold storage are available in sub-Saharan Africa, these tend to be larger shared fridges — such as Nigeria’s Cold Hubs and Kenya’s Solar Freeze — and are mainly used to store produce after harvest or at markets.

Le is confident the market for solar fridges will grow as distribution networks and pay-as-you-go systems improve. Morriesen believes the fridges can be a “life-changing product” for rural families and “bring freedom to women” who often spend hours each day walking to food markets. With a refrigerator, they can bulk buy ingredients, saving them time and money, he says. Youmma sells fridges in Uganda and Kenya, and it is looking to expand into Nigeria, Tanzania, Zambia, Ivory Coast, and Senegal. 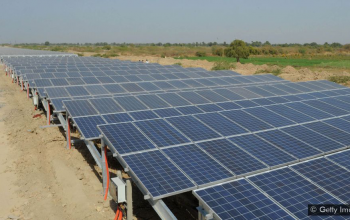 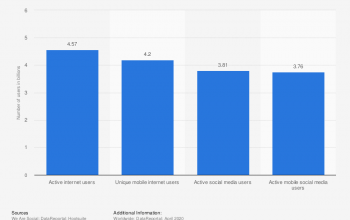